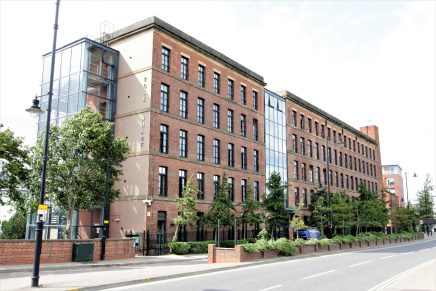 Since opening in 1989, Ove Arup & Partners have helped shape the growth of Leeds and Yorkshire with a team of 400 staff. They are a multi-disciplinary consultancy whose work addresses every aspect of the built environment, from initial planning and advisory services, through building design and structural engineering. Philosopher and engineer Ove Arup originally set up his consulting business engineering business in London, 1946. As 1976 reached, Ove Arup’s reputation grew further with the completion of Sydney Opera House. Today Ove Arup & Partners worldwide portfolio is varied which includes some of the world’s most iconic sport stadiums. More recently in 2014, the BBC documentary ‘The Brits Who Built the Modern World’ highlighted their collaboration with architects globally.

Following our engagement with the Leeds office in 2003, we have gone to successfully complete projects in Leeds, York and Whitehaven offices. The largest project to date has been for the Leeds office with all the projects reflecting agile working and collaboration, which is strongly embraced as there are multiple teams made up from internal and external personnel.

Throughout the building each floor has the same design, but with different accent colours to reflect each department. For staff and visitors this creates the continuity of knowing it is Ove Arup & Partners offices, but they also have a feeling of what function that department provides. For example, the water department is represented by an aqua feature colour, and the structural department is represented by the colour grey. Flexible working is strongly promoted by Ove Arup & Partners, and this is shown in the provision of electric height-adjustable desking on each floor to promote sit-stand working. Each employee is allocated their own locker, but not their own desk to promote agile working. Various tea points with kitchen islands and quiet booths are used for both lunchtimes and informal meetings aiding collaboration. Each floor has its own tea point with Billi Tap and Coffee Machines. 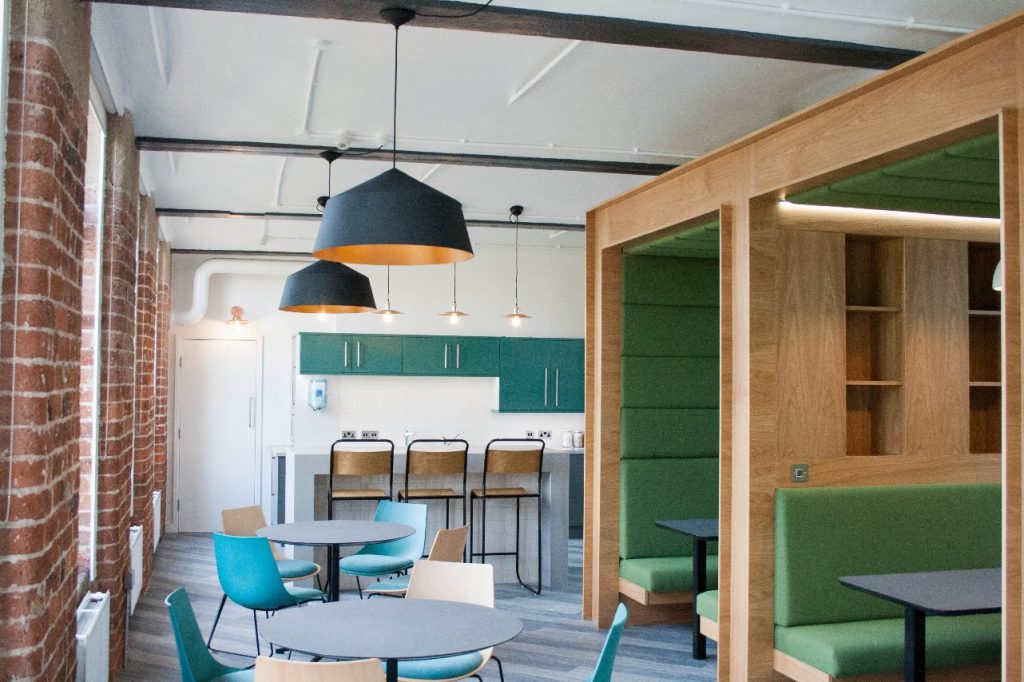 One to one rooms, which also serve as Skype rooms, have attention paid to the acoustics with double glazed partitioning and doors and acoustic treatments to walls and ceilings. Other meeting rooms have been installed with operable walls to facilitate large team meetings, an example of this would be on the second floor where the whole of one side can be opened out to facilitate Ove Arup & Partners Apprentice Engineering Awareness Week. Due to the nature of this building being an old cotton factory with coffered ceilings, additional acoustic treatments have been added, this not only improves acoustics but also enhances the aesthetics of the office space. 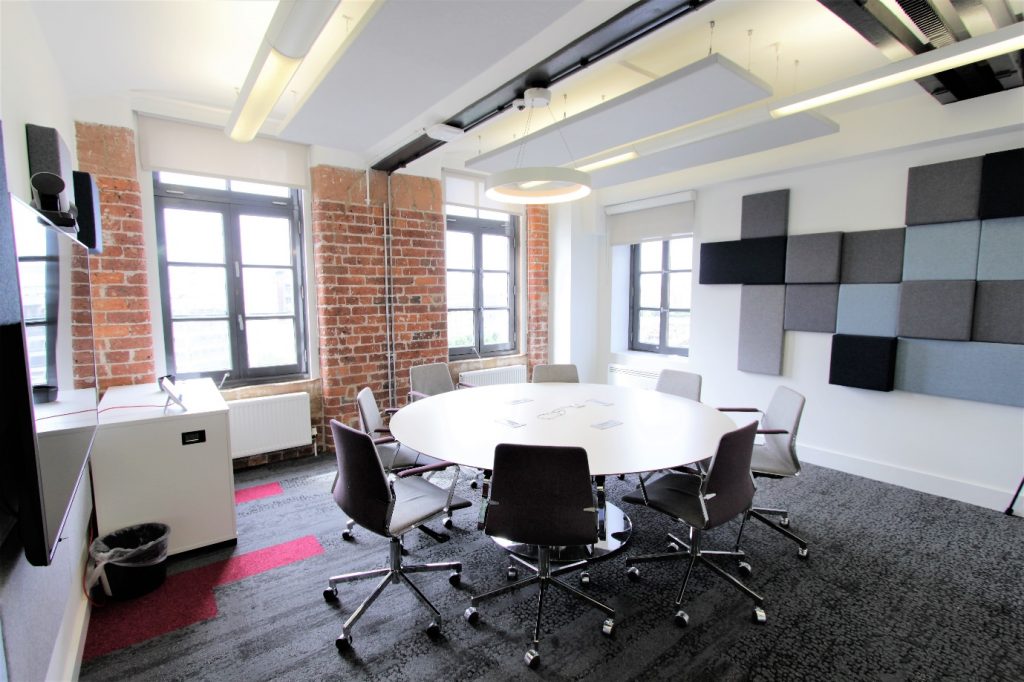 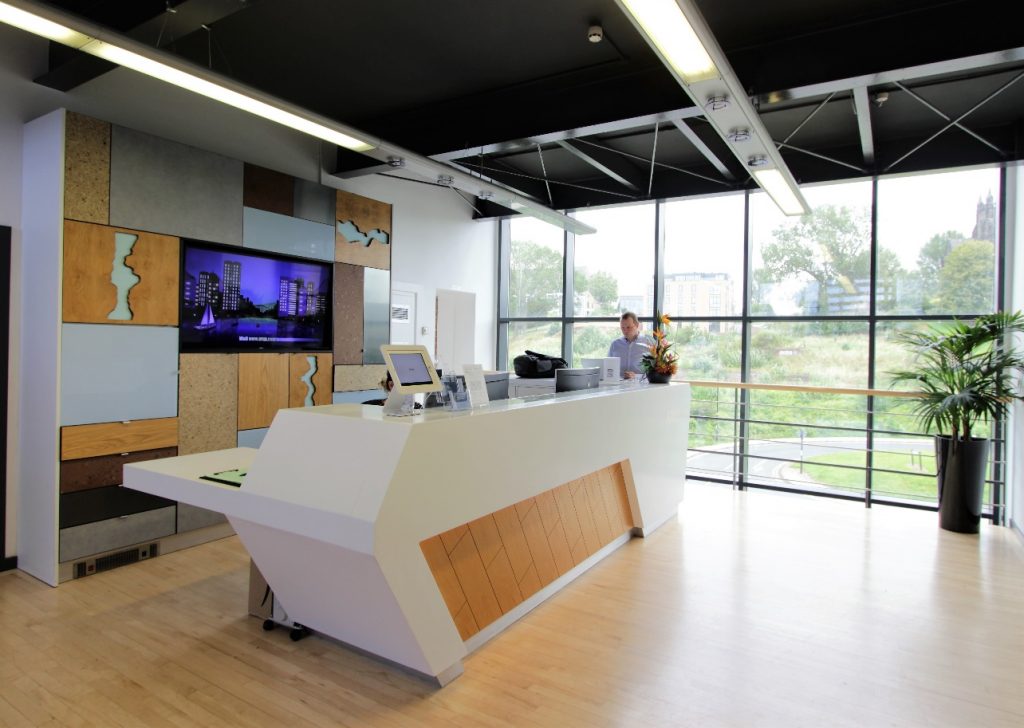 Finally, the futuristic reception counter, constructed from Corian is designed to reflect one of Ove Arup’s most famous projects – The Sydney Opera House. The surface finishes on the store wall behind the counter reflects the areas that Ove Arup & Partners work in; real grass laminate and cocoa husk laminate to reflect the land and soil of the earth and oak veneer and glass to reflect the contours of the planet and the rivers running through. We have been told by staff that we have created a fantastic place to work for them and Patrick Gannon, Facilities Manager at Ove Arup & Partners shared: “During the past few years or so we at Ove Arup have been using the services of Ultimate for our refurbs of all our floors in Leeds and a few other offices based up in the north of England. Their attention to every detail from design to the finish product is great to have, as we strive to give a top quality finished product to our employees, Ultimate helped us do that, they also listen to what the we want, and are able to make beneficial suggestions.” 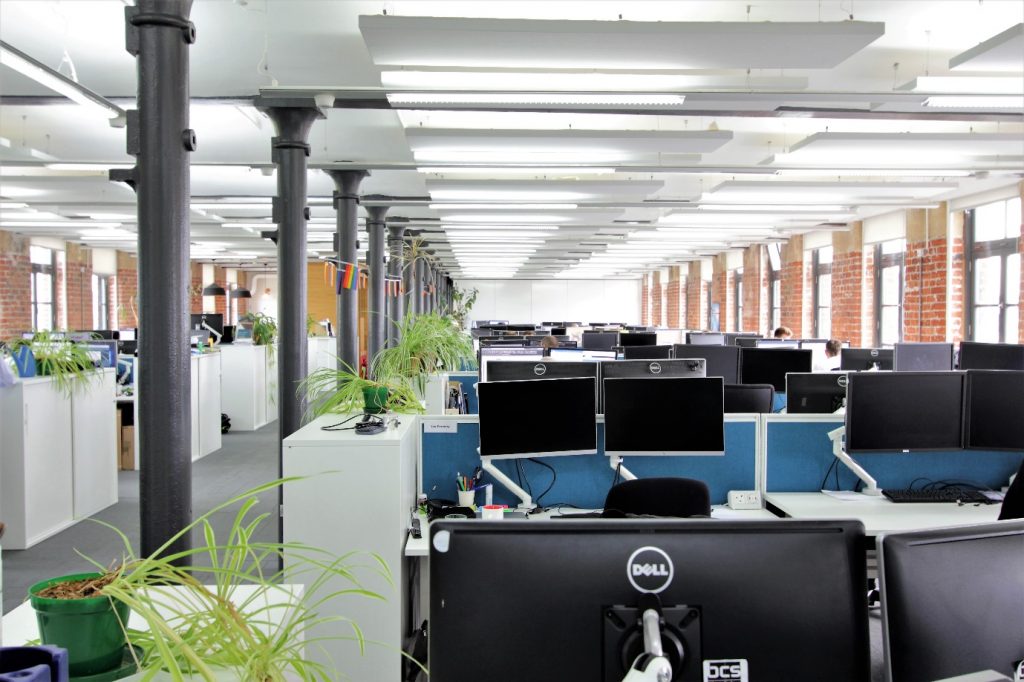 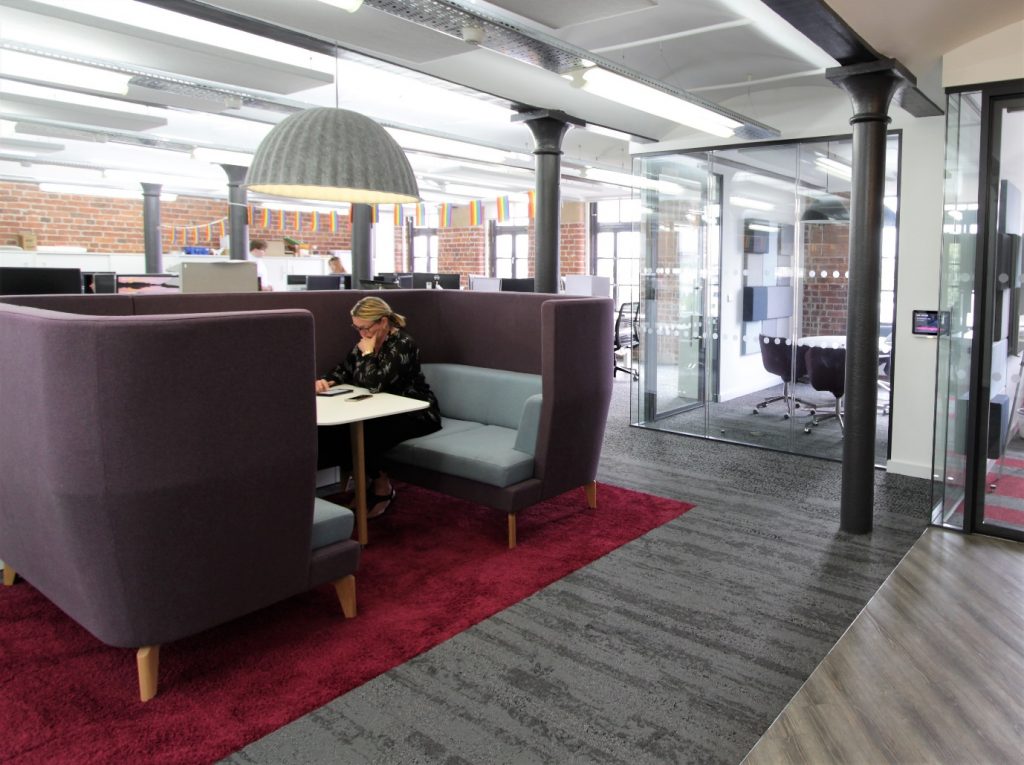 Back to blog listings